The fight against invasive plants such as Japanese knotweed and hogweed poses a real challenge to the management of green areas. Municipalities, provinces and water authorities all have to wrestle with the damage that these rampant weeds inflict on their environment. Japanese knotweed is responsible for causing extreme damage to dykes, roads and buildings, while at the same time driving out indigenous plant varieties. Both hogweed and knotweed are rampant, and the time has come to fight back. Hot water is an excellent way of dealing with these invasive weeds, but what is an effective approach?

Empas has specialised in the construction of machinery for weed control using hot water since 1999. Working closely with green organisations like Cleanfixx of Ederveen, it has developed a variety of injection lances to help fight invasive plant varieties. The lance designed for use on Japanese knotweed allows you to inject boiling water straight into the plant’s vertical roots. It’s also important to inject the surrounding soil with plenty of water and to measure the soil temperature afterwards. Doing this helps to curb the plant’s growth, preventing it from inflicting further damage.

Fighting hogweed above ground and below with boiling water

The root system of hogweed plants is very different to that of knotweed. Knotweed is more horizontally oriented and grows through and in between, where hogweed has a more vertical orientation. To deal with the hogweed effectively, you need to use a combination of underground and above-ground measures, starting with injecting the soil with boiling water. Once the soil has been thoroughly injected, the plant can be tackled from above by pouring boiling water over it in the usual way. This approach is a guaranteed way of killing off the hogweed.

What does boiling water do to the cell structure of weeds?

Since the prohibition on chemical weed control came into force, using hot water has become the most favoured alternative. Water holds more than twenty times more energy than other thermal methods like steam or hot air. Pouring water at 102°C over the weed causes its cells to burst open, weakening it above-aground instantaneously. The plant then needs to draw on its reserves to recover. The process may need to be repeated several times, depending on how the weed has been tackled before — three or four times is quite usual in the first season. Boiling water almost certainly penetrates the upper layer of the soil as well, helping to prevent the germination of seeds. This applies to the full-field method only. Injection lances can now be purchased that can be inserted farther into the soil to tackle the weed.

The solution for horticultural contractors

Horticultural contractors working on behalf of municipalities, provinces and water agencies can benefit greatly from this innovative weed control method using hot water. A number of green organisations have already made the switch to Empas injection lances and have tested them extensively over central and northern areas of the Netherlands. The lances can be used on all weed control machinery and are easy to fit using the existing quick-action coupling. Injection lances and the more effective hot water method finally offer an end to the rampancy of invasive weeds. 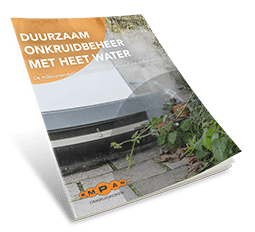 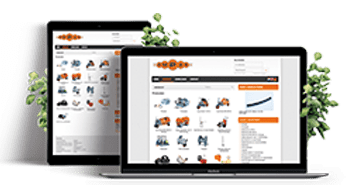